The Best Sound Around

Learn the sound of Musical Instruments. Children can make the association between what an instrument looks like and the sound it makes.

END_OF_DOCUMENT_TOKEN_TO_BE_REPLACED

Music Track, Music Genre – Listen to each sound to find out what they belong to.

END_OF_DOCUMENT_TOKEN_TO_BE_REPLACED 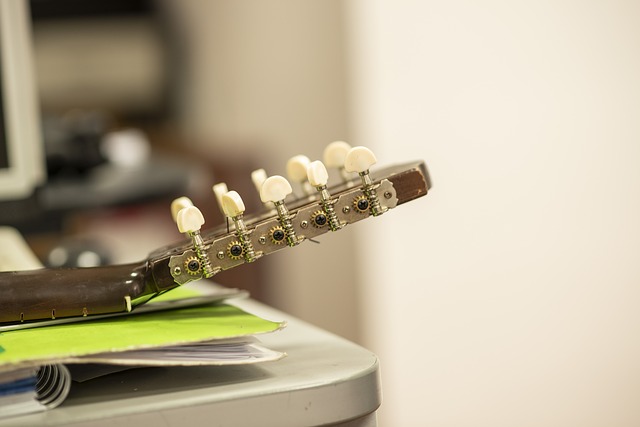 What Your Favorite Music Says About Your Personality

Your Favorite Music can say something about your Personality. Your favorite music can make you feel happy and inspired which may describe your Character.

END_OF_DOCUMENT_TOKEN_TO_BE_REPLACED

Understanding basic time signatures and their relationship to bar, bar lines and counting in music. https://jolawry.com

END_OF_DOCUMENT_TOKEN_TO_BE_REPLACED

Jolawry is a blogging site related to Music.

END_OF_DOCUMENT_TOKEN_TO_BE_REPLACED

Understanding basic time signatures and their relationship to bar, bar lines and counting in music. https://jolawry.com

Learn how to read the basics of music! https://jolawry.com

Beyond Music Video Ideas for Artists


Making Music and posting new videos can help build your audience. Here are a handful ideas about Music Video. https://jolawry.com

The evolution of music festivals is something to marvel at. From the psychedelic wigs and tie dye shirts in 60’s counterculture, today’s festival goers have much more options when it comes their style! You’ll find there isn’t one for every taste – even if you crowdsourced your annual mud Fest last year because rock wasn’t really what got ya movin’.

If you want to experience the best all-out festival in the music industry, come and check these out:

The Field Day event has been a go-to for anyone looking to get their alcohol addiction feed on. With over 150 beers and wines available, it’s not difficult at all! If you’re attending this year make sure that after drinking the appropriate amounts of brews throughout both days there’s still room left in your stomach because Village Green offers some amazing vegan food options such as pizza or nachos with beans instead (and they taste like heaven).

Glasto is a festival with a whole world of activity outside the arena, which includes music from pop to reggae and rock. The line-up consists exclusively different genres that will keep you on your toes!

Green Man has been around for fifteen years now and it’s as cute as ever.

Vocal Recording: Home or Studio, Whole or Piece by Piece

For singers, vocal recording is often a very personal, emotional act in which many factors play a role. At the same time, the quality of production often stands or falls with the vocal performance.

How does it feel to stand behind the microphone and have to “deliver”? What ways and means do singers have to get the best possible result? Which factors are particularly important to you? Is there one, right workflow? To find out, I asked some authors from the Bonedo Vocals editorial team and other experienced singers of various genres how and under which technical and emotional circumstances they prefer to record singing.

The most important workflow guides: song and genre

In general, it can be said that the method used to record the vocals depends heavily on the respective song and genre. Usually, the character of a song already tells us whether, for example, a lot of singing technique is required or the emotions are more important than perfection. The approach to vocal recording also varies depending on the genre, as singers explain to me. Logically, a relaxed jazz track is approached differently in the studio than an energetic rock song. In addition, there is also the occasion for which the singing takes place: In a purely commissioned job, different factors apply than when singing your own songs. However, there are some aspects of vocal recording that apply equally to all genres.

When it comes to singing a song, there are different approaches to choose from: For example, entire takes can be recorded, i.e. recordings that are sung through in one piece. Within the songs, there is often an arc of tension or narrative connections and thus also a dynamic development. In order to capture this tension and tell a story, whole takes are often recommended, from which the best passages are then selected afterward in editing.

Especially in jazz, which lives from snapshots due to its improvisational character, this approach is usually the method of choice. The whole take from the very beginning is good in order to feel the overall flow. Most of the time there are already many usable parts. If the song can be divided narrative and dramaturgically well into individual sections, it sometimes makes sense to only care about one verse at first and then jump to the next part.

This is not unusual in (electro) pop. Often the preferred method in the “hard & heavy” area is recording part by part. Especially when you want vocal effects to come into their own or there are many different energy levels in a song. When shouts are recorded, for example, people often work line by line.

In times of affordable, mobile recording setups, it is now common practice that vocals are often recorded in the living room or even in a hotel when there is no money or time left for a studio visit. It doesn’t necessarily have to be a recording studio: The atmosphere has to be right.

Whether at home or in the recording studio: Working with someone else, the producer or the sound engineer, is particularly important to all of the singers surveyed. These people give singers the feeling of being in good hands and thus contribute significantly to a successful vocal session.

You will want a recording studio for its technical aspect. In the studio, you have access to different microphones and preamplifiers that are usually not around at home. This ultimately results in recordings that sound more technically professional than would be the case with improvisational means at home.

Learn how to read the basics of music!

In this video, you may learn the different Genres of Music.

Understanding basic time signatures and their relationship to bar, bar lines and counting in music.

Beyond Music Video Ideas for Artists

Making Music and posting new videos can help build your audience. Here are a handful ideas about Music Video.